How to make birch sap wine?

Birch sap is considered as a precious water, offering multiple virtues to the human body thanks to its numerous minerals (potassium, calcium, vitamin C…). It can be used and consumed in different ways as birch juice or birch water, depending on the needs. It is collected once a year, especially in early spring. However, fresh birch sap can only be stored for a limited time. It is therefore important to transform it, especially when the harvest is abundant. You can make birch sap wine from it !

What is birch sap wine ?

The making of birch tree sap wine is quite particular and delicate. For example, it is important to use fresh sap to avoid excess protein during the heat treatment. The use of sap that is several days old could considerably alter the taste of the resulting beverage. The birch sap should be harvested at the end of winter, around the end of February, beginning of March, when the first buds start to swell.

A good birch sap wine is also obtained from an optimal sugar ratio. If the amount of sugars is not well-balanced, it can affect both the taste and the strength of the wine.

Unlike traditional winemaking, birch sap wine does not require the use of yeast. This approach allows for an entirely natural fermentation, bringing a particular added value to the wine produced.

How to harvest birch sap ?

First of all, you will have to start by harvesting your birch sap.

For that, here is a complete article explaining the process.

But quickly if you want to know how to harvest the sap, here’s how.

First, start by looking for trees with a minimum diameter of 25 cm. Proceed to notch the tree by drilling a shallow hole in the trunk (Drill about 2 to 3 cm, the sap flows just under the bark). Using a hammer, tap the blowtorch into the hole you have drilled to ensure the passage of the sap from the tree to the container. Finally, hang a plastic pail from the blowtorch. It is also recommended to protect the contents of your boilers with a cover to prevent contamination and dirt accumulation inside.

Leave and come back soon after to see the evolution.  You will see that the sap will flow surprisingly fast! Finally, bring the sap home from the birch trees and put it in a cool, dark place.

For those who want to make harvesting easier, a tubing system can also be installed.

How to obtain birch sap wine ?

Then, when you have harvested your sap, here are the ingredients and recipe for birch sap wine.

To obtain sap wine, you will need :

Heat the sap gently in a saucepan with the lid on to 75 °C and keep at this temperature for 20 minutes. Remove from the heat, add the sugar and stir until it dissolves. Cover the pan tightly and allow cooling. Transfer to a fermentation bucket and add the lemon juice and grape juice concentrate.

Keep the bucket well covered for five days then transfer to a canning jar, set up the bubble trap and let it sit for about two months. Put it in a sterile jar and bottle it when everything is nice and clear. Make sure all your utensils are sterilized.

How do I store sap wine ?

Sap wine has a short shelf life due to its many acids. Allow birch sap wine to mature for at least a few months before drinking it for best results. The best way is to store birch sap wine in a pasteurized bottle.

Birch sap brings a silky, subtle and slightly sweet dimension to wine. Although the taste of the sap is not qualified as extraordinary, it brings a pleasant aroma. This raw water also allows obtaining a wine of a better quality.

The birch sap wine is available in many variations, depending on the tastes and the products available in the area. For example, there are recipes with fresh lemon, apricot, etc. Some birch sap wines are even made from raisins. Others are based on plants, aromatic herbs, cinnamon, jam, honey, etc.

Birch sap wine is appreciated for its freshness and lightness. Its manufacturing process is particularly simple. It is possible to make it yourself and to adapt it to your own taste.

Sparkling wine with birch sap is known under the brand SAV. It is a wine produced directly from the north of Sweden. The birch sap harvested in this region is particularly different, which is reflected in the wine’s aromas.
The birch sap sparkling wine stands out thanks to its notes of pear and apple. On the finish, there are also notes of vanilla and hazelnut. It is generally served as an aperitif. It can also be served with cottage cheese dishes. 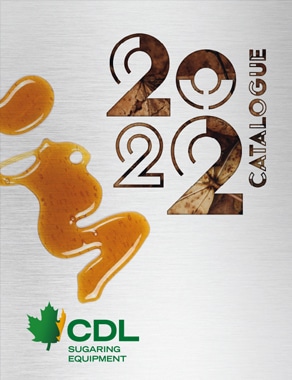